The modern game of football was introduced to Korea by the British navy in 1882. The country’s first football club was established in 1902, with the first official match in 1905.

South Korea reached the finals of the FIFA World Cup in Switzerland in 1954. The team went on to win the inaugural Asian Cup in Hong Kong in 1956; finished runners-up in the Asian Games in Tokyo in 1958; won the Asian Youth Championship in 1959, and the Merdeka Cup in 1960. 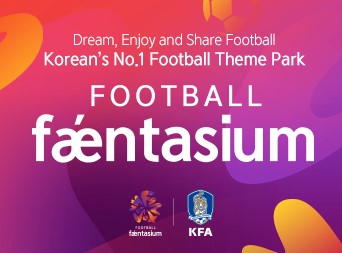 KFA launched its plan to host the 2002 FIFA World Cup in March 1994 and was chosen as the co-host with Japan.

KFA moved their offices to Seoul in 1999, along with its eight affiliated federations. In 2001, the National Football Centre was built in Paju to provide perfect training conditions to the national teams, which resulted in impressive international results. In November 2013, President Chung Monggyu announced the 5 goals, 10 policies and 30 road-maps to mark the KFA’s 100th anniversary in 2033 and encourage football nationally.